In all the decades I’ve been doing readings, “Am I cursed,” is probably one of the most frequent questions I’m asked. It’s right up there with “Does he / she love me,” and “Will I win the lottery!” Curses aren’t as real as Hollywood and pop culture might lead us to think they are. However, if you’ve got concerns that someone has it in for you, then read on, for this article will reveal to you several simple ways that you can protect yourself from curses and psychic attack.

Now, you may understand what curses are, but perhaps you’ve not heard of psychic attack. Psychic attacks happen when someone tries to throw negative energy your way, inhibiting you from getting on with the good things in life. This is a lot easier than a curse, because all they have to do is wish you harm—although psychic attacks can be very elaborate rituals and group workings, too. That kind of participation is fairly rare, and certainly nothing you really need to worry about!

You also need to be clear that just because things go wrong in your life doesn’t mean that you’re cursed or under attack from someone. Life’s very nature is challenging and complicated, and often confirmation bias means that when one thing starts to go wrong you fall into the habit of thinking, “What next,” and of course, you’ll always be shown! This doesn’t mean you’re being cursed or hexed in anyway. Shit happens.

Even though psychic attacks are rare, they do occur. Perhaps you suddenly find yourself feeling fatigued all the time, or maybe your thoughts are all muddled and you don’t seem to be able to work out what to do next. Maybe the things you want to see happen in your life just aren’t happening, and the harder you try the worse the situation gets. Now remember, it doesn’t take a curse or someone throwing negative energy at you for this to take place, but if you find that you’re not shielded from the energy that others may be throwing at you, you could be feeling vulnerable and out of sorts. There are some easy things that you can do.

The first thing you can do is to stop feeding the negative energy that is around you, no matter where it comes from. Because like energy always attracts like energy, if you’re attention is on who might be wanting to do you harm or what bad thing could happen next, that’s what you draw into your life. Focus instead on what is going right, rather than what’s going wrong. The more you laugh and enjoy your life, the harder it will be for negative energy to get hold of you. It really is that simple.

Those of you who know me know that I can’t stress this enough. Centering, shielding, and grounding should be done every day, every morning, just like brushing your teeth. This not only enables you to protect yourself from curses and psychic attack, but it also helps to deflect atmospheric pollution such as other people’s bad moods and even electromagnetic energy. You protect your valuables, and your subtle body is by far your most precious asset, so ensure that it’s well protected first, yeah? There’s a whole article on how to do this, here:

Man has been carrying and wearing crystals as a form of protection for aeons. Over time, it became apparent that some stones were better at different tasks than others. The great thing about crystals is they don’t have to be conspicuous or expensive to work. Below is a list of my top four stones when it comes to wearing or carrying crystals to protect yourself from psychic attack.

My number one stone for grounding and protection has to be black tourmaline. It’s not expensive, you don’t have to hand pick it (although that’s always best), and it works. Period. When you’re dealing with root chakra stuff that keeps you grounded in reality and looking after your basic survival needs, this is the stone you need. It will absorb and then disperse any negativity that is thrown your way, and it doesn’t matter whether that negative energy originates from another person, or whether it’s something from another realm. In short, black tourmaline has the ability to take negativity and convert it into something positive. If you’re only going to use one stone for protection, this is the one you want.

Like black tourmaline, this is another very earthy stone that assists you in grounding and centering your energy. If you ground to the Earth like most people do, then you’ll find hematite a wonderful ally. It assist you with the practical side of life, so that you don’t get too caught up in whether someone’s throwing negative energy at you or not. The more rooted in reality you are, the less susceptible you’ll be to worrying about curses and psychic attack! Wear or carry hematite to clear your mind so that you can approach your life with a logical mindset towards your health, your wealth, and the decisions you make to get what you want.

Labradorite is called ‘the magician’s stone’ for a reason. It’s been treasured by the medicine people and magic workers of the past as a protective stone that works with the subtle body. Wear or carry labradorite when you feel that someone or something is trying to drain you of your energy and your joy. This stone also heightens your own intuition, so if you think that someone may be sending something less than pleasant your way, it will help you to discern whether that’s your own overactive imagination or if something is really going on. Labradorite is a powerful stone indeed, and needs to be handled with respect. When used correctly not only will it deflect negative energy from you, but it will also work with you to bring out the best in yourself. That leads to bringing out the best in others around you, too.

Most people think of rose quartz as being the love stone, but it’s also protective. Think about it; ever seen a mama bear protecting her cubs? Now that’s fierce—and that’s the fierce love that rose quartz places around you when you wear it as a stone of protection. It deflects gossip and jealousy as well. There’s an old saying that the only real way to rid yourself of an enemy is to make them your friend. Rose quartz embodies this, and sends out understanding and compassion as its shield of protection. Forgiveness doesn’t mean that what someone did to you was okay. It means that you’re not going to let it have power over you. Rose quartz worn as a protective stone allows you to forgive and forget—as in forget about the person who wronged you, so that you can get on with the business of enjoying your life!

While these four are my top stones to use to protect yourself from curses and psychic attack, there are others, and if you already work with one, continue to do so! Now, every morning, after you’ve done your grounding, centering, and shielding exercises (which, once you’re in the habit of doing them won’t take you more than a couple of minutes), pick up the stone you use for protection. It’s okay if this is a piece of jewelry, simply hold it before you put it on. Now, in your mind’s eye see this becoming so large that you can step into it. Take a few seconds to look at the facets, and really see them surrounding you, like you’re locked in a vault of protection—because you are!

Carry that image of the crystal walls protecting you as you go about your daily activities, and let them keep you safe from any negative energy that may come your way. This isn’t an excuse to be reckless or foolhardy; you do have to take practical measures and be sensible, that’s all part of the exercise! However, armed with your chosen stone and a positive mindset, you’ll find it easy to protect yourself from curses and psychic attack. 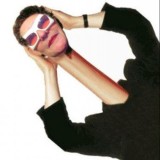 About Sarah BellumFor a personal, empowering, and in-depth reading, please visit my site's tarot page at SmartAsstrologer. Choose from Tarot , Astrology, Stones, or something else. "I'm here to help."