Many of us would think that Mercury is the planet of duality, because he is the ruler of Gemini, the twins. But, the mythological Venus, ruler of love, (Aphrodite in Greek mythology) is actually the ruler of two titles. Aphrodite Urania, celestial or heavenly, and Aphrodite Pandemos, common people. This is the distinction between sacred and profane love, or commonly known as the “fine line between love and hate.” In astrology Venus rules two signs, Taurus and Libra. Taurus represents the Pandemos, the earthy, tactile side of Venus, and Libra depicts the Uranian side, morality, properness, and social acceptability. Our modern day “Madonna-Prostitute” complex is a derivative of the mythology of Venus.

When Will Venus be in Retrograde? Check Sparrow Moon’s Astrology Events for planetary data.

Because Venus is an inner planet, she never gets more than 48 degrees from the Sun (from our perspective), and because her orbit around the Sun is almost as long as the Earth’s (225 days), her retrograde does not happen often. Unlike Mercury, who turns retrograde three to four times per year, Venus only turns retrograde once about every year and a half. Because so much time passes between Venus retrogrades, we often do not know how to deal the the changes she brings. Like Mercury’s retrograde, Venus retrograde can be divided into two parts, before and after she crosses in front of the Sun. (For more on retrogrades and the Sun, read my article, “What the Hell is a Retrograde?”) The Mesoamericans (Maya and Aztec) believed that Venus was a man when he was an evening star. After he crossed in front of the Sun, he was transformed into a woman and became a morning star. Venus was the Mayan goddess of war, and they would mobilize their armies when Venus was at direct station (the point of turning forward).

Venus helps us to see what in our lives has become outmoded, and the things that could actually be poisoning our personalities. She encourages our tastes to change and our horizons to expand. Venus could be thought of as the detector that lets us know when it is time to change our outer garments to reflect our inner self. Her retrograde can be much more subtle than our old pal, Mercury retrograde. We may find ourselves going through a quiet introspection at a very deep level. Its important to look back eight years when Venus was in retrograde in the same sign. It is quite probable that our lessons under our present Venus retrograde will be an extension of the one eight years ago. Often we get to take a cold, hard look at our relationships, and an imbalance could occur in the process. Venus can use our relationships to articulate and enhance our understanding, or she may focus on our artistic projects to help us look at ourselves with respect to the universe. Also, her effects are usually not immediate. We may not recognize her transformations until several months have passed.

We may notice an instinctive recoiling, like an inner retreat, happening in our lives as Venus retrograde begins (retrograde station). We may want to take a look at the house in our natal charts that Venus begins her retrograde. It could signal an area of our lives that we have been neglecting. The area of our charts that Venus crosses during her retrograde could become vulnerable to attack or confrontation as Venus turns direct. Little subtleties, like body language or vocal intonation, could become magnified and distorted. Nonetheless, they are coming to the surface for us to reexamine. If Venus covers more than one of your houses during her retrograde, both areas, covered by each house, are likely to have a bearing on the outcome. Our thoughts could take different paths while Venus is in retrograde, and it is likely that we will see parts of ourselves that we have hidden away. Venus retrograde can bring a sudden emotional imbalance, and accidents are also likely, because it is so unfamiliar to us. Sometimes tremendous upheavals in relationships and personal experiences can happen, and a single issue can get really blown out of proportion. Mostly it is a time to contemplate our deepest, most personal, and creative needs. It is a time to explore our need for love and nourishment, and our capacity to receive them. 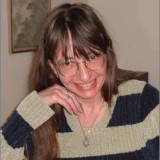 Interesting!
I just wish I had more time to properly understand all this astrology!
One day I will get a professional to do my proper astrology wheel ?
Thank you for the interesting read… Always love learning!
IX
E.C

Thanks for your feedback, EC! Astrology is one of those things you learn in layers, and the best way to learn is to talk with astrologers. That’s how I learned.